Over  the  course  of  four   days, IGEM 2018 attracted more than 30,000 visitors and featured 250 booths from over 30 countries. There were also over 10 memorandums of understanding (MoU) signed by various international and local organisations. The participating exhibitors and visitors were enthused with the plethora of networking and business opportunities at the event.

“IGEM 2018 set out to reaffirm Malaysia’s position as a key driver in growing the region’s green economy and I must say, we have set this foundation very strongly over the past three days. Having walked the exhibition halls every day, chaired the townhalls and spoken with thought leaders, one thing that really stands out is that partnerships can really make the impossible, possible.”

She added, “I am pleased to note that several members from various governments, regulators, embassies, city councils, industry associations, financiers participated in IGEM 2018, united in our collective efforts to raise awareness, promote and grow the global green economy in our respective capacity and in our respective part of the world.”

IGEM 2018 also marked the unveiling of Malaysia’s ‘Roadmap Towards Zero Single Use Plastic’, which outlines the country’s single strategy to holistically phase-out single use plastic through the adoption of a phased approach. The Roadmap indicates the need for partnerships between the state and local councils together with the general public to increasingly adapt to more environmentally friendly options via economic instruments, education and awareness programmes.

As part of the government’s emphasis on growing the renewable energy segment by 20 per cent by 2030, the Sustainable Energy Development Authority announced over 114MW of new quota for the feed-in tariff programme, comprising 74.5 MW for small hydro, 10MW for biomass and 30 MW of biogas – to be awarded by e-bidding.

Additionally, the Large Scale Solar 3 programme which targets to expand renewable energy generating capacity by up to 500MW, was launched calling for requests for proposals for development of solar projects to be submitted up to January 2019, enhancement to the Net Energy Metering programme amongst other.

IGEM 2018 also partnered with several international organisations including the EU-Malaysia Chamber of Commerce and Industry, The British High Commission and The Embassy of The Republic of South Korea to bring informative and insightful discussions to policy makers, corporate leaders, investors, researchers and academicians.

Yeo said, “Through NEA we aim to promote the use of holistic and encompassing sustainability measures that are applicable at every step of an organisation’s operations, from initial concept to maintenance, as well as creating greater public awareness.”

This follows the understanding that in addition to the impressive figures generated every year from a business perspective, IGEM has always been an important opportunity to build green awareness with the public as according to YB Puan Yeo Bee Yin, it is ultimately down to an individual’s choice to make their homes and workplaces a more sustainable place.

IGEM 2018 placed special emphasis towards instilling green awareness in the younger generation, with a large number of youth attending displaying a keen interest at the technological solutions presented.

On reaching out to the youth through IGEM, Yeo said, “They are the future, the inheritors of the green economy. IGEM helps to not just instil a fascination with green technology but encourages them to be green leaders, who can shape the mindset of their peers and form more partnerships through their digital power.”

“IGEM is leading the way in sustainability for South-East Asia: its tenth edition gathered policymakers and industry players, while promoting green industries as a new frontier of growth for Malaysia. As a leading manufacturer of advanced thin film PV modules with a long-standing presence in Malaysia, First Solar looks forward to supporting the country’s sustainability ambitions through our experience and technology.” 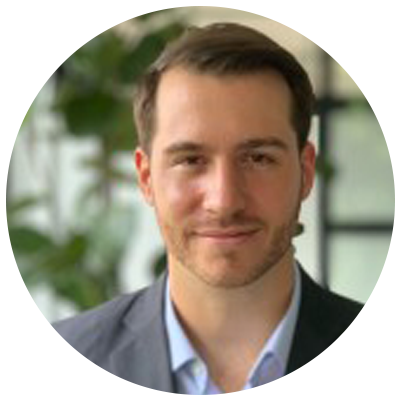 Antoine WagschalBusiness Development Manager, South East Asia - First Solar
Given IGEM’s success thus far, we trust that will continue to progress as a dynamic and vibrant industry platform as it enters its 10th edition next year.

SImon WongHead of Sales, Jinko Solar
We are delighted to be organising, MISA, our signature awards in conjunction with IGEM 2019.

Marco WinterDirector, Malaysian Dutch Business Council
IGEM is a great platform for us to showcase our green products & sustainable solutions.